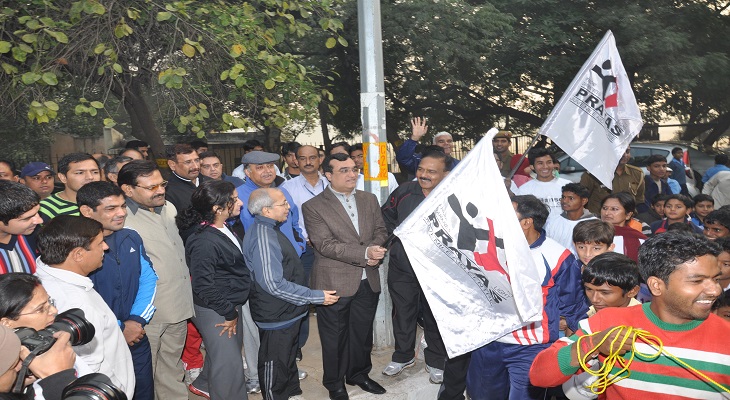 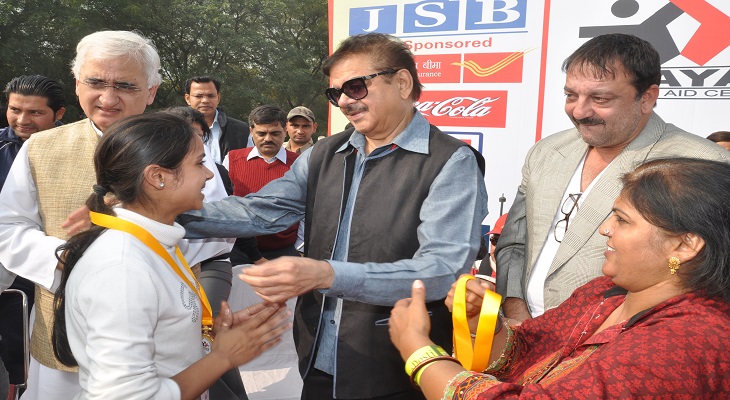 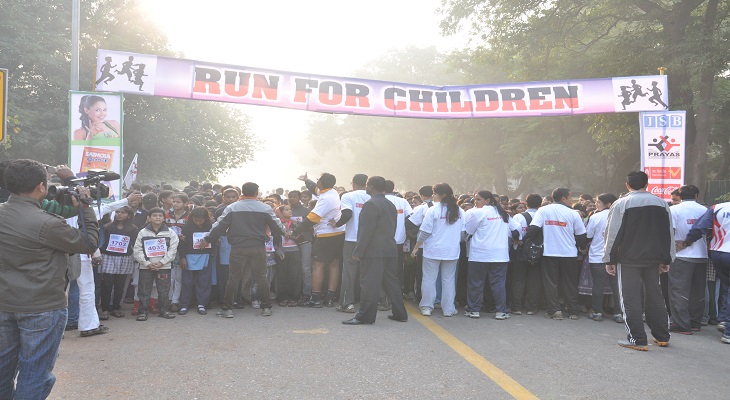 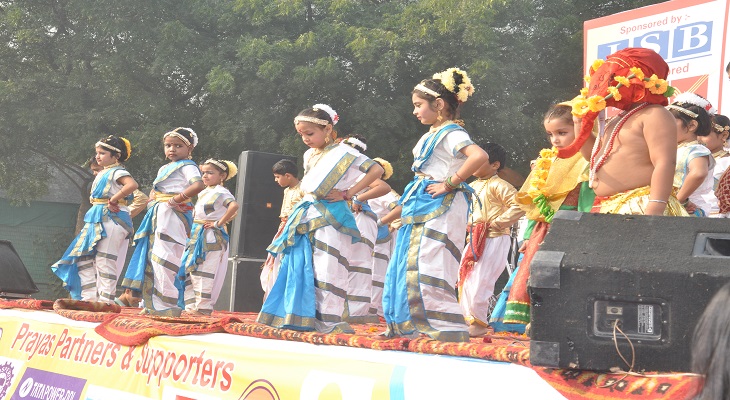 Prayas, one of the leading voluntary organizations in the country that operates in 8 states/UTs of the Country and directly serves nearly 50,000 most exploited and deprived children, youth and women, has entered in its 25th year of commendable dedication to the country. This multi-faceted organization runs 237 centers, including 21 homes for juveniles/children in need, nearly 200 educational, vocational and healthcare centers, besides a huge network of Self Help Groups (SHG’s)/Microfinance and community based activities in Delhi, Bihar, Assam, Arunachal Pradesh, Gujarat, Haryana, Jharkhand and Andaman & Nicobar Islands.

Beginning with 25 children to protect and support the fire-ravaged victims of the North Delhi Jahangirpuri slums in 1988, the organization extended far and wide readily responding to national and state level disasters like Gujarat Earthquake, Andaman Tsunami and Bihar Floods. While sustaining its holistic services like education, livelihood, poverty alleviation on a long term basis, Served by nearly 1000 fully and partially paid employees and volunteers, Prayas is among the most dependable service delivery organizations of the country joining hands with the Government, Corporates and the Communities in extremely difficult circumstances. As a partner in the process of socio-economic change through multiple activities, among others, Prayas has recently joined livelihoods programs like National Skill Development Mission and Swarnjayanti Gram Swarozagar Yojana of the Ministry of Rural Development, Government of India, getting deep into naxalite- affected areas preparing 2000 youth through training and
respectable job placements.

Celebrating its 25th Anniversary Year, which coincided with the Children’s Day on November 14, Prayas centers across the country are being joined by the Government and Civil Society, thousands of children, youth and women in the communities for whom this organization with unparalleled service records provides lifelines. Simultaneously, 800 children in colourful attires were singing patriotic songs, carrying placards with the District Magistrate, Judges and Community Leaders of Samastipur (Bihar). The Run of 5 kilometer was organized in which more than eight hundred students participated.

The run was organized to disseminate the message over the issue of child protection and the role of the Parents towards their children. The program was highly appreciated by distinguished guest such as Chief Judicial Magistrate, District Magistrate and the District Program Officer (Education). On this occasion, While Prayas workers building toilets and changing Health and Sanitation profile of the remote Andaman Islanders celebrating the 25th anniversary. On the same day, the shelter home children of Noonmati in Guwahati sung chorus song. Ms Das from Dr. B. Barauh Cancer Institute gave audio-visual presentation on the topic “TOBACCO and CANCER??? and distributed leaflets on the ill effects of the Tobacco while the Prayas workers were planting trees in villages of Teok near Jorhat.

The children in the slums of Ahmadabad and the community of Bhuj provided sanitation, while in all similar activities as the model health centers, medical workers of Wakro in the deep of Arunachal Pradesh, the Prayas child line and other agencies were seen joining hands with the children of Juvenile and Shelter Homes. On November 18, 2012, a similar cultural program will be organized at Raxual and on 21st at Birganj (Nepal) Dozen’s of programs involving communities of Delhi slums and villages, from Bawana to Vivek Vihar, through multiple programs with the communities’ song, music and dance of the Railway Children. Besides, the women of Gender Resource Centers (GRC’s) meant to converge multiple schemes, were all highlights of the day. The organization as a torch-bearer signifying the strength and capacity of the voluntary sector proposes to launch programs and activities during the Anniversary Year which could ultimate effect the lives of the millions of deprived and marginalized people in different parts of the country.

One of the major events is slated on 17th November, 2012 between 7:30am to 11:30am in the morning at the Secretariat Ground near Nehru Park in Chanakyapuri, where the “RUN FOR CHILDREN??? will be joined by the Ministers like Mr. Ajay Maken (Housing and Poverty Alleviation) and Prof. Kiran Walia, Delhi Minister of Women & Child Development, Govt. of India, Celebrity like Sanjay Dutt, civil servants like Mr. Shashi Kant Sharma Defence Secretary, Mr. P.K Tripathi, Chief Secretary Delhi Government, Police Officers like Mr. Neeraj Kumar Commissioner of Police Delhi, and huge number of sports personalities, such as, the Olympic Medalist Sushil Kumar. Nearly, 3000 underprivileged and school going children will celebrate the day along with high and mighty and also spread the message of Prayas exhorting people to protect the neglected childhood.

Mr. Amod K Kanth General Secretary Prayas JAC and the entire Prayas family will be seen interacting with the guests on this occasion. On this day, the actor-activist Sanjay Dutt will dedicate himself to the cause by joining Prayas and others less privileged children at the “Run For Children??? venue. Mr. Dutt is known for his love and heart that really pulsates for the ordinary people. Prayas President, the renowned humanist, actor-turned politician Mr. Shatrughan Sinha is deeply involved in all the programs relating to the 25th anniversary year, giving his personal time and heart to it. Already, Prayas has joined hands as a major partner with the Ministry of Women and Child Development, Government of India and other NGO’s coming from different parts of the country by putting up several stalls at “VATSALYA MELA??? in Dilli Haat. The Prayas activities and products can be seen being displayed and the children performing on stage on November 16, 2012 at 4.00pm.