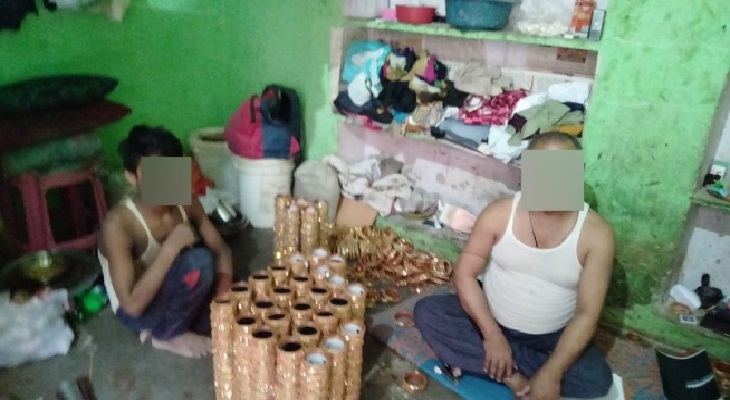 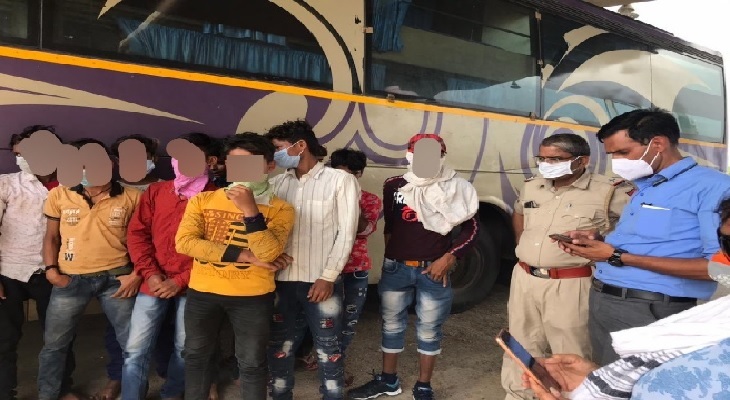 On June 15, 2021, a bus transporting 11 children from Samastipur, Bihar to Jaipur, Rajasthan was intercepted by the rescue team of Prayas JAC at Dausa, Rajasthan.
Upon receiving the information that several children are being transported from Samastipur to Jaipur in a bus, our rescue team strategised to intercept the bus at Kanota, Distt Jaipur. The concerned Police Station was informed in advance. Our rescue team went to the interception point and waited there for 5-6 hours. When the bus did not come at the expected time, our team moved to a farther point of Dausa. The decision to go to Dausa proved crucial, where after some time the bus was intercepted and 11 children were rescued. Our rescue team ensured that children were moved to a safe place and that a strong trafficking FIR was registered at the concerned Police Station.

After having successfully rescued 11 children being transported from Samastipur, our rescue team got the information that few other children have come to Jaipur and are heading for a bangle factory at Bhatta Basti. The team rushed to Kho Nagorian where they successfully rescued 4 children. The rescue operation could be successful only due to the continuous effort and hard work of the rescue team led by Mrs. Bhupender Kaur. The team stayed with the children at police station till late night to ensure the children are safe. The FIR was registered at Kho Nagorian Police Station. The accused has moved a bail application and our legal team is keeping a watch on the legal procedure and trying to get the application rejected at the first instance.