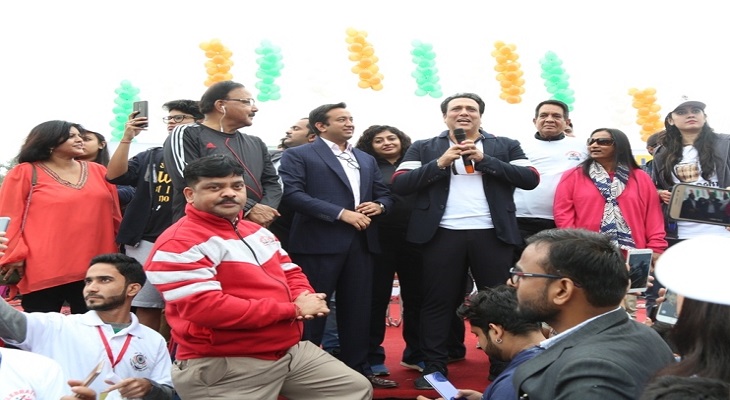 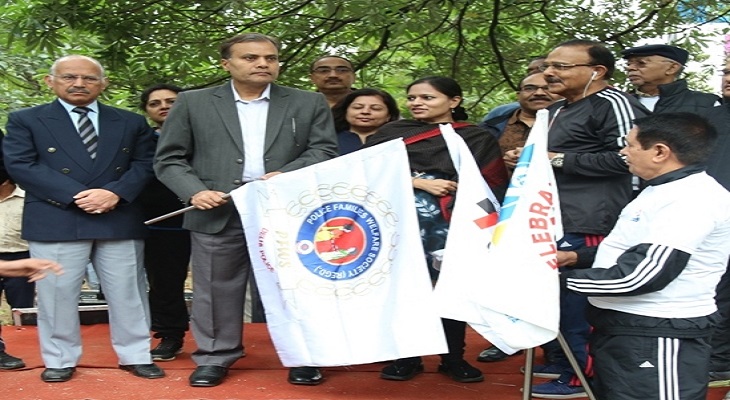 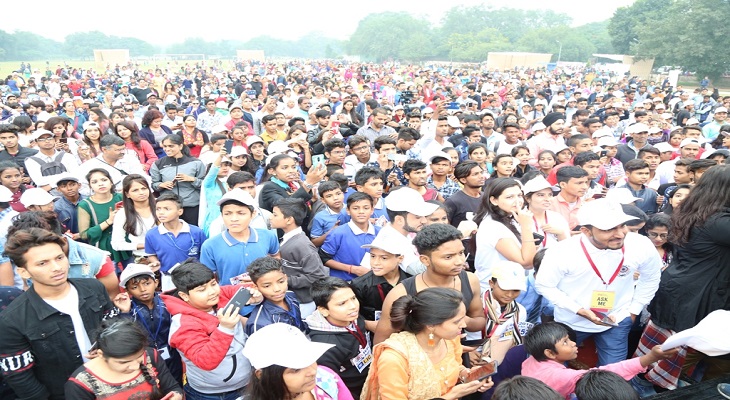 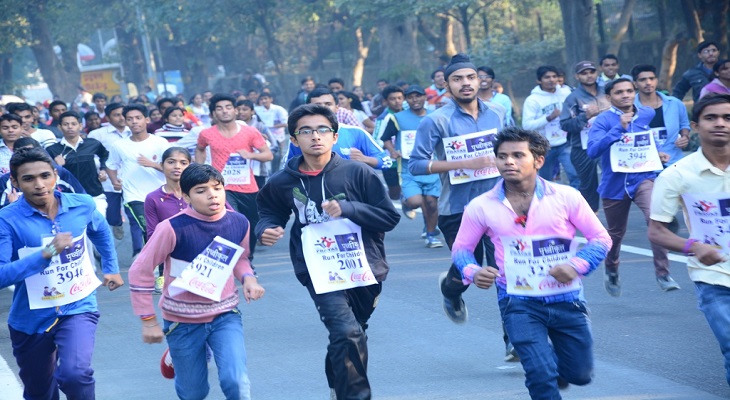 ‘Prayas’ celebrated thirty years of its services to mankind on the occasion of 129th Birthday of our own ‘Chacha Nehru’, born on November 14, 1889, who was known for his love for children, who had once said, ‘the children of today will make India tomorrow’, at the Nehru Park in New Delhi.

Gaiety and fervor marked the participation of nearly 5,000 children from various NGOs and schools including the school for special children and thousands of children living in various homes/shelters of Prayas who are in need of care and protection and our well-wishers and supporters from different walks of life who braved the early morning chill and rain to show their solidarity with the cause of children.

Like in the past seven years, our Nehru Park Volunteer Friends took the lead in organizing the program organised by Prayas, which completes 30 years this year. Started in 1988 with only 25 children after a massive fire broke out in Jahangirpuri, Prayas began its journey with no funds and support. Today, it is reaching out to nearly 50,000 lives through its multiple programs in nine States/UTs for marginalized, vulnerable, destitute and deprived children including women and youth.

Cinestar and Bollywood Actor Govinda, Mr. Varun Chaudhary, CMD of CG Foods Enterprises and Ms. Vandana Chaudhary, Social Activist and PSO to our President and eminent Cinestar & Bollywood Actor Mr. Shatrughan Sinha, flagged off a short marathon of special children coming from ‘Tamanna Special School’ and children from ‘Spread a Smile India’ which works with the street children and also with the children living in various slums of Delhi who are addicted heavily to Drugs. Govinda was chased by selfie-seekers including children and their parents till he climbed the stage along with Mr. Kanth. He said he was amazed to find so many children so early in the morning for their participation in ‘Run for Children.’ He wished the children well so that they had a bright future ahead. He quoted the words of his mother Late Nirmala Devi, an Indian Film Actress in the 1940s and a Hindustani Classical Vocalist of Patiala Gharana that the children cannot remain depressed if Govinda is around. Mr. Amod Kanth urged everyone to fights for the rights of children. He further said that this program provided an opportunity to people from all walks of life to revisit their childhood and also to extend support to large number of children who are in need of care and protection.

Children from various projects of Prayas and also from different communities and schools, namely East Point School, Friends Public School, Tamanna Special School, Anantham Special School and Florish Associate put colourful dance performance coupled with the musical performance by the Estonian Band, popularly, known as ‘Bombillaz’ an outstanding collaboration of Estonian musicians who are simply doing what they do best. One could find elements of folk, roots reggae, reggaeton, bhangra — everything from African tribal styles to Oriental pop — in the music of Bombillaz. Their lyrics always carry a positive message, with maybe a dab of critique thrown in for just the right balance followed by a ‘Nukkad Natak’ by a theatrical group of Delhi State Legal Service Authority, (DSLSA).

Everyone who participated in ‘Run for Children’ took a pledge to fight against child sexual abuse and also signed a petition to request the President of India to get the ‘Anti Trafficking Bill (Prevention, Protection and Rehabilitation) Bill 2018 passed by parliament in the winter session. The initiation was taken by ‘Parwarish Institute of Parenting, Adoption Centrum and Prayas JAC Society.

The children who came to attend the program later took over the stage and went on to show off their talent in dancing and singing to make it a real Children’s Day.